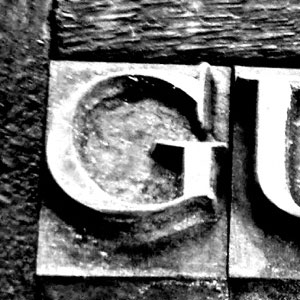 There has been lots of discussion about the new WordPress “Gutenberg” project. Some people love it, some hate it, and most WP users probably have no idea about it. And that’s too bad, because it means many changes will be required for thousands of WordPress plugins and themes. We’re talking about MANY collective work hours to make it happen, even in a best-case rollout scenario.

Anyone who is in any of the Facebook WordPress groups knows about the debate over Gutenberg. Also on Twitter and other social media channels. For those who may be unfamiliar with the drama, you can get a good idea by browsing through the Plugin Reviews for Gutenberg. Currently, it looks like Gutenberg fans are outnumbered by about 2 to 1: 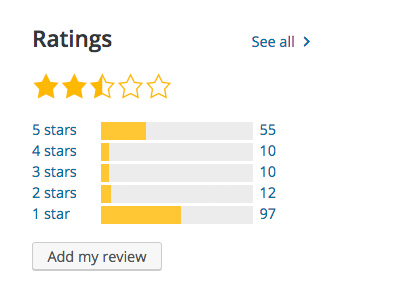 Should this plugin be added to the WP core? Do plugin ratings mean anything?

So this post is to ask what your thoughts are, and to share my own opinion, which can be summed up quite succinctly:

Leave Gutenberg as a plugin.

Why? Because there is no real need to add Gutenberg to core. But there are many good reasons for NOT adding to core and leaving Gutenberg as a plugin:

Basically, Gutenberg should take advantage of WP’s great extensibility and let users decide for themselves. That’s exactly what plugins are for; in fact, thanks to the extensibility of WordPress, users already enjoy a wide variety of incredible content-building plugins. Leaving Gutenberg as a plugin means that everyone wins :)

IF they absolutely are dead set on forcing Gutenberg into core no matter what the cost, then I recommend the following four golden rules:

Basically, replace the RTE if you think it needs it; but don’t mess with existing functionality. Waaay too much is built on it. Don’t force more needless work on millions of WordPress developers and users. No feature is worth such massive potential disruption for so many people. Talking high stakes here, folks.

What do YOU think about Gutenberg? Do you think it should be added into the WP core, or left as a plugin? Or abandoned altogether in favor of something better? Share your thoughts (but be nice!) in the comments below.

It looks like they’re dead set on forcing Gutenberg into core. They recently sent out a lengthy “4.9 update” email trying to explain and justify their plans, for example:

The first iteration of Gutenberg introduces a new editor design featuring content blocks that can be directly manipulated. Even though the initial version aims to replace only the writing screen, future iterations planned for next year go into page templates and, ultimately, full site customization.

LOL! As if all of that hasn’t been possible for years now, using one of the many great drag-n-drop, content-building plugins. Like installing a plugin is too much to ask of WP users? It takes like what, a few clicks..?

Despite what the Gutenberg devs and others have been saying, it sounds like they DO plan on removing custom fields, meta boxes, and shortcodes entirely, as suggested by this statement (also from the 4.9-update email):

[Gutenberg is] a big change, and various paths will support existing WordPress functionality (such as shortcodes or meta-boxes) to help their transition.

I don’t know about you, but to me, that sounds like they are saying that shortcodes and meta boxes eventually will be removed. Which is the opposite of what many of us have been told by team Gutenberg. The ol’ bait & switch..

Even more telling is the fact that the 4.9 update email does not link to the Gutenberg plugin page (you know, the one with mostly bad reviews).. instead they link to the new Gutenberg documentation, so it’s all good. You can marvel at the “greatness” of it all:

As if the entire community is pulling together to make it happen. It feels more like WordPress is being hijacked by a few overzealous developers, for whom 25% market share just isn’t “enough”. Gotta completely reinvent the wheel and “fix” something that works perfectly fine for millions of users.

I’ll continue to update this post with more news as it becomes available. Currently it sounds a lot like shenanigans and crafty maneuvering, especially with the apparent back-peddling on promises made regarding meta boxes, custom fields, shortcodes, which thousands upon thousands of WordPress plugins make use of.

And if you think it’s not happening, or won’t affect you, here is another gem from the 4.9 update email:

When will Gutenberg be in core? The plan is to release Gutenberg in WordPress 5.0 early next year, so now is a great time to test and get ready for it.

This ominous warning is then followed by an invitation to help, along with a link to the Gutenberg Github page.