Using ‘$’ instead of ‘jQuery’ in WordPress 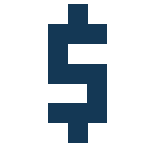 WordPress ships with its own version of the jQuery library (for longevity's sake, as I write this WordPress is at version 3.2.1).

So to use jQuery in your WordPress plugins and themes “The Right Way” all you need to do is enqueue the script (probably via your theme's functions.php file). Here is a basic example:

The tricky thing is this particular copy of jQuery is in compatibility mode by default. That means that the typical $ shortcut for jQuery doesn't work, so it doesn't conflict with any other JavaScript libraries that use the dollar sign also, like MooTools or Prototype.

Many plugin authors and theme developers are aware of this, and they use jQuery instead of $ to be safe.

Here's the thing... writing out jQuery a billion times in a script makes it harder to read and bloats its size. Let's stop doing that.

If the script is being loaded in the footer (which you should be doing in the vast majority of cases) you can wrap the code in an anonymous function (technically any IIFE) where you pass in jQuery to be mapped to $.

If you absolutely need to load the scripts in the header, you'll probably need to use a document ready function anyway, so you can just pass in $ there.