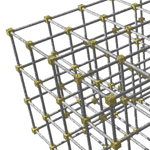 I’ve never been a big fan of “theme frameworks.” I quite like hacking up WordPress myself and making it do the things I want it to do. I feel like most theme frameworks have a ton of custom functions for you to “help” in doing that kind of stuff. For example, adding a block of text to the sidebar, adjusting the layout, or building a custom menu.

So because frameworks have all these helper functions, they are targeted at people who don’t want to learn how to do all that stuff themselves, but still harness all that power. In other words, non-nerds. These helper functions are used by hand-altering theme files, which is inherently nerdy. So frameworks are for non-nerds, but the only people that know about them (and especially how to use them), are nerds.

Or am I full of crap?