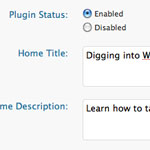 In the past I’ve been pretty pissy about the All-In-One SEO plugin from Michael Torbert automatically deactivating itself after updates. My reasoning:

1) If you update and forget to re-activate (somewhat hard to do since it reminds the shit out of you on every page of the admin), it could cause problems.

2) We are forced to see Michael’s large promotional/donation blocks up in our faces above where we can reactivate. I’m all for plugin authors making as much money as they can, but this seemed to me a bit too far.

3) I really like the plugin and use it on all my sites and wish it was closer to my version of perfect.

But Michael recently stopped by to explain his side, which is interesting, so I thought I’d update the record, as it were.

[…] a site complained that a new feature damaged their site’s search engine results placement. They finally admitted that they were incorrect in this assumption, and that the cause was something else unrelated to the plugin, but their original assessment was that a new feature hurt them.

From then on, any update which introduces new options (not just behind the scenes changes) require the user to reactivate the plugin from the settings page, to make sure that they can review the options.

I can understand this line of thinking. Forcing the user to visit the options page may be the closest thing to getting them to think about the plugins options as is possible.

Michael is also aware of the potentially negative experience:

I’m aware of how it looks, and I understand that it’s annoying for some users. I spent a lot of time thinking about it and consulted with a number of other people in the community when contemplating the decision about what to do.

Unfortunately, in this case there was no way to make everyone happy, so I sided with ensuring that nobody could ever say (even if incorrectly as was the case) that new features introduced caused harmful effects to their sites SEO.

Let’s say that the moment you decided to upgrade the plugin to a version with new features, the google bot decided to stroll by your site. The plugin is momentarily deactivated, so the google bot sees lots of differences. The canonical tag is gone, the meta tags are gone, the page title is different. Surely that isn’t good for SEO.

Perhaps this plugin could save the currently running version number in the wp_options table. Then when an upgrade is performed, it could update this but also save the previous version number. Then instead of deactivating itself, it could display a message (rather boldly, like the current message) which explains what is new with the plugin and things you should watch for.

← WordPress Wishes
All Articles
Include the Category ID via post_class →

How to Add Custom Code to WordPress

Poll: How Many WordPress Plugins is Too Many? 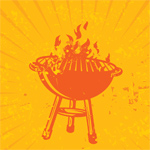 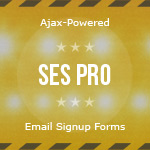 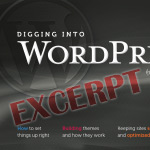