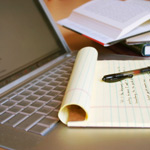 What We Learned Publishing Digging Into WordPress

Digging into WordPress is an entirely self-published book. It’s not that way because we just arbitrarily decided that self publishing was hip and that was what we were going to do. In fact, the plan early on was the opposite. Step one, we thought, was to write the book. So we did that. Then step two became find publisher to publish it, so we asked around. We talked to five (or so) tech book publishers.